In this latest collaboration with New Zealand Whittaker 76% Nicaragua Rich Dark Chocolate, for me, the most apt recipe that can bring out the silky melty dark chocolate aspect is the dark chocolate cupcake with chocolate ganache that flows like a lava out of the cupcake, piped with rich and creamy chocolate buttercream on the top. To complete the chocolatey experience, top it with a small slab of dark chocolate or a pretty little strawberry for that complementary contrast in flavour.

The Whittaker dark chocolate uses the unique, heirloom cocoa grown in Nicaragua’s ancient volcanic soils, resulting in a bright flavour with a rich aroma. The best part of me is that it’s dairy free, and doesn’t contain any gluten, GMOs, palm oil, making it a much healthier snack. I really do not have to worry about running tummy from taking even a drop of dairy product!

Making this dark chocolate ganache cupcake is really simple, although the many steps can make it intimidating for some of you. The steps broken down into simpler terms are:

Some tips in making the dark chocolate ganache cupcake

Try out the duo-layer basque burnt cheesecake with a chocolate layer and a vanilla layer.

Or something cheeky, like my Easter egg chick cakes, even though it’s not easter now, there’s no stopping you to try something fun in baking.

This recipe is shared with Fiesta Friday. 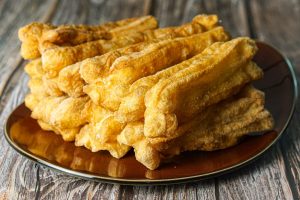